One of the original titanium names is back in the UK with some of the most staggering titanium frames around.

Beautiful, cutting edge, hand-made and cold-worked frames from Tennessee which includes the world’s lightest production titanium frame that weights in under 1kg with it’s stunning 6V/4AL hand crafted top-tube. This is a higher grade titanium than surgeons use to repair your broken bones!

Litespeed’s 30 year heritage began when a worker turned to cycling after a running injury. Being a titanium fabrication shop, Litespeed developed many prototypes until they launched their first production frame in the late 90’s. Thus began the journey that would make Litespeed the go to authority on titanium bicycles. 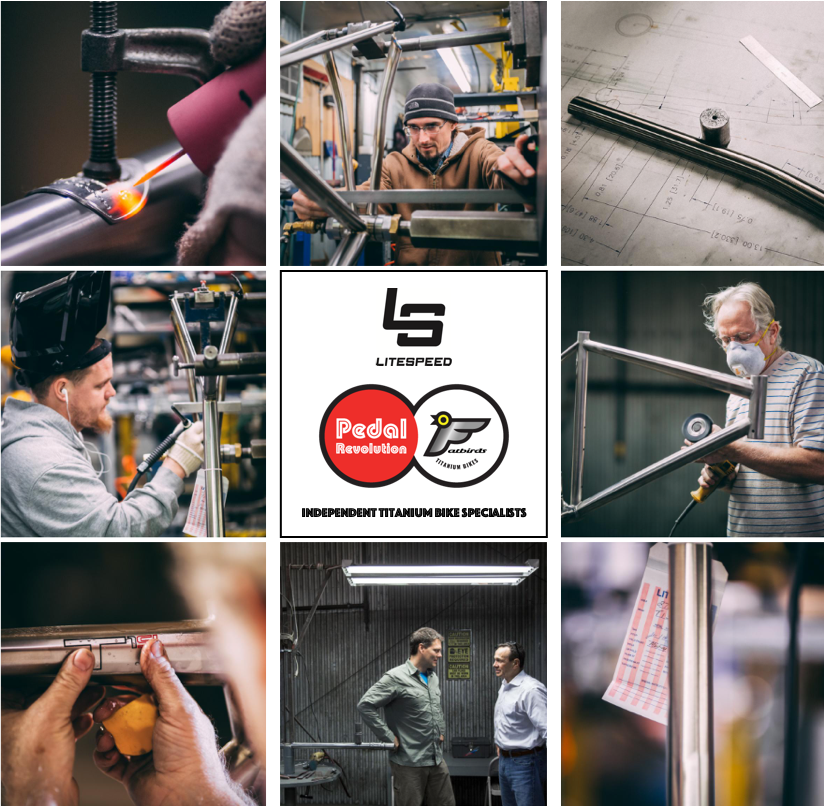 Litespeed takes the highest quality titanium available and makes it better by going above and beyond to deliver the most premium cold-worked, cycling-specific tubesets in the world. At Litespeed everything is made just as it always has been. By hand and with care and pride to the highest standards for customers who demand the best and most technologically advanced titanium frames available today.

At Litespeed, we don’t settle for easier worked materials or shaping methods. Our tubesets are cold-worked with aerospace grade titanium. We treat each bicycle frame with the same care and attention to detail as the components we develop for aerospace applications – like the Mars “Curiosity” Rover launched by NASA in 2012.

The 2019 Litespeed Cherohala uses Litespeed’s innovation to offer a titanium frame that is accomplished on road and gravel which just a switch of tyres or wheels. Is this the classic titanium all-rounder re-invented for the 21st century?

New for 2019 is the revival of the Litespeed Ultimate range.

The Ultimate was first introduced as Litespeed’s premier 3AL/2.5V race bike. A USPRO National Championship, many stage wins and even a World Road Championship were amassed on Litespeed’s then flagship, the Ultimate. With lightweight, agility and precise handling the Ultimate Road and Ultimate Gravel offer the discerning rider the ultimate 3AL/2.5V performance oriented frames around.

Both are available as nude titanium or you can choose a range of graphics and paint finishes to personalise your Ultimate. 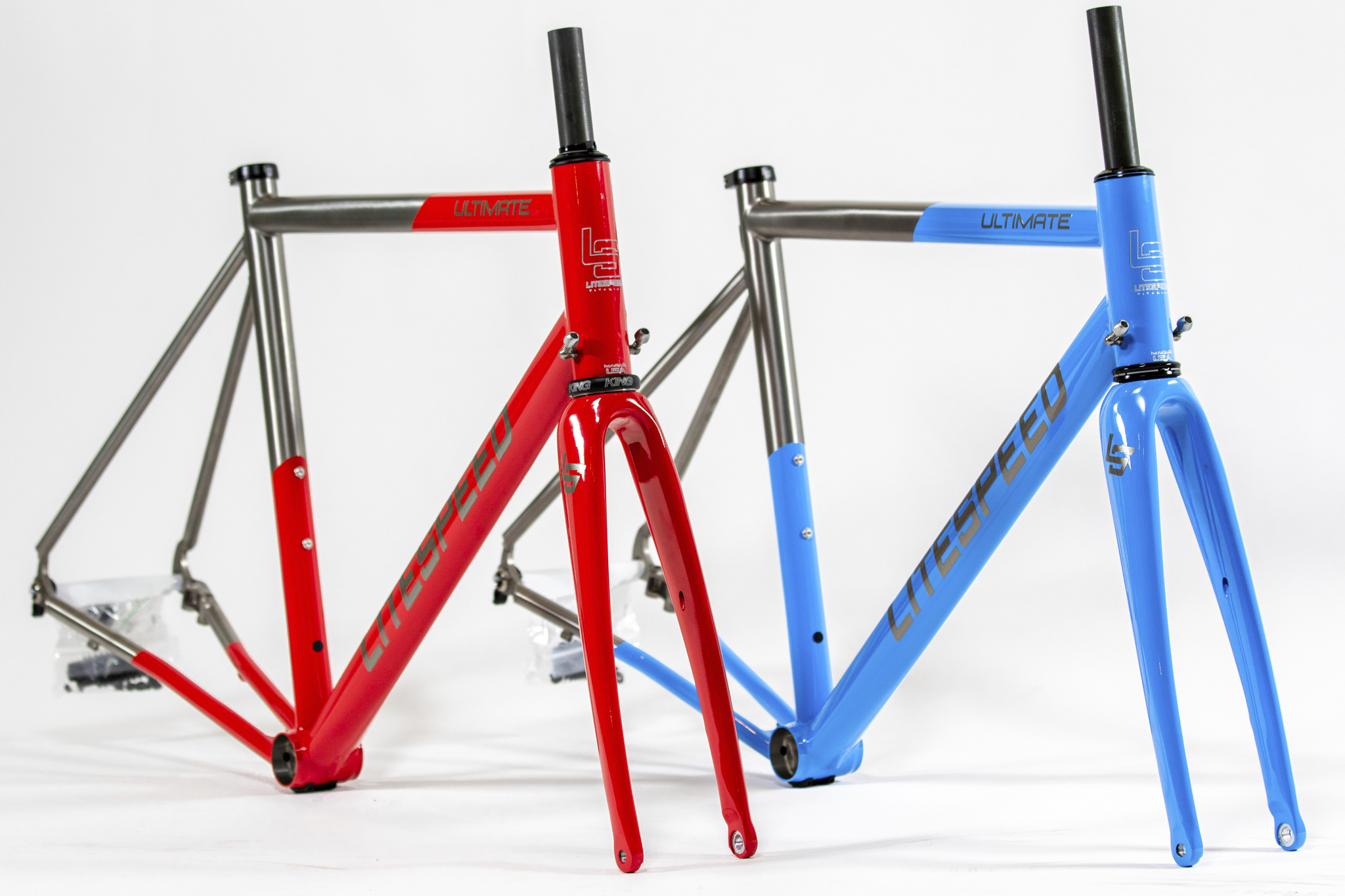 Browse the range at Pedal Revolution 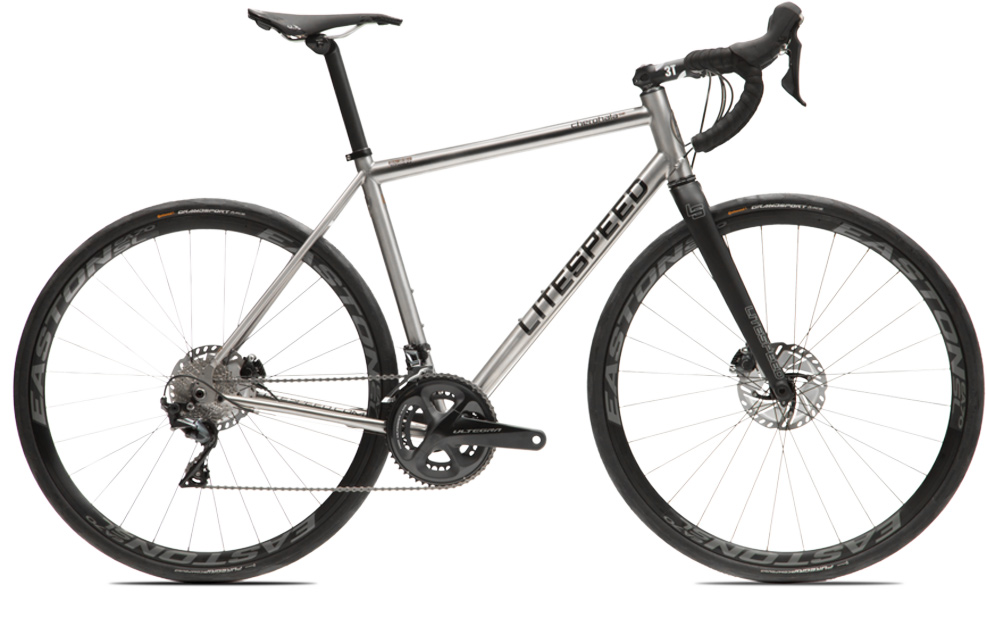 The Cherohala is two bikes in one. Endurance road mile-cruncher with slicks or accomplished gravel ride with up to 40mm Gravel King knobblies. The Litespeed Cherohala is an elite, all road titanium frame offering performance and luxury with dirt capabilities. Precision formed tube specifications with thin walls allow the Cherohala to be light, agile, and responsive. It's truly an exquisite titanium road-bike that is fully gravel capable. Fit mudguards or a rack for rill-day comfortable road days or your MTB wheels for off-road adventures. 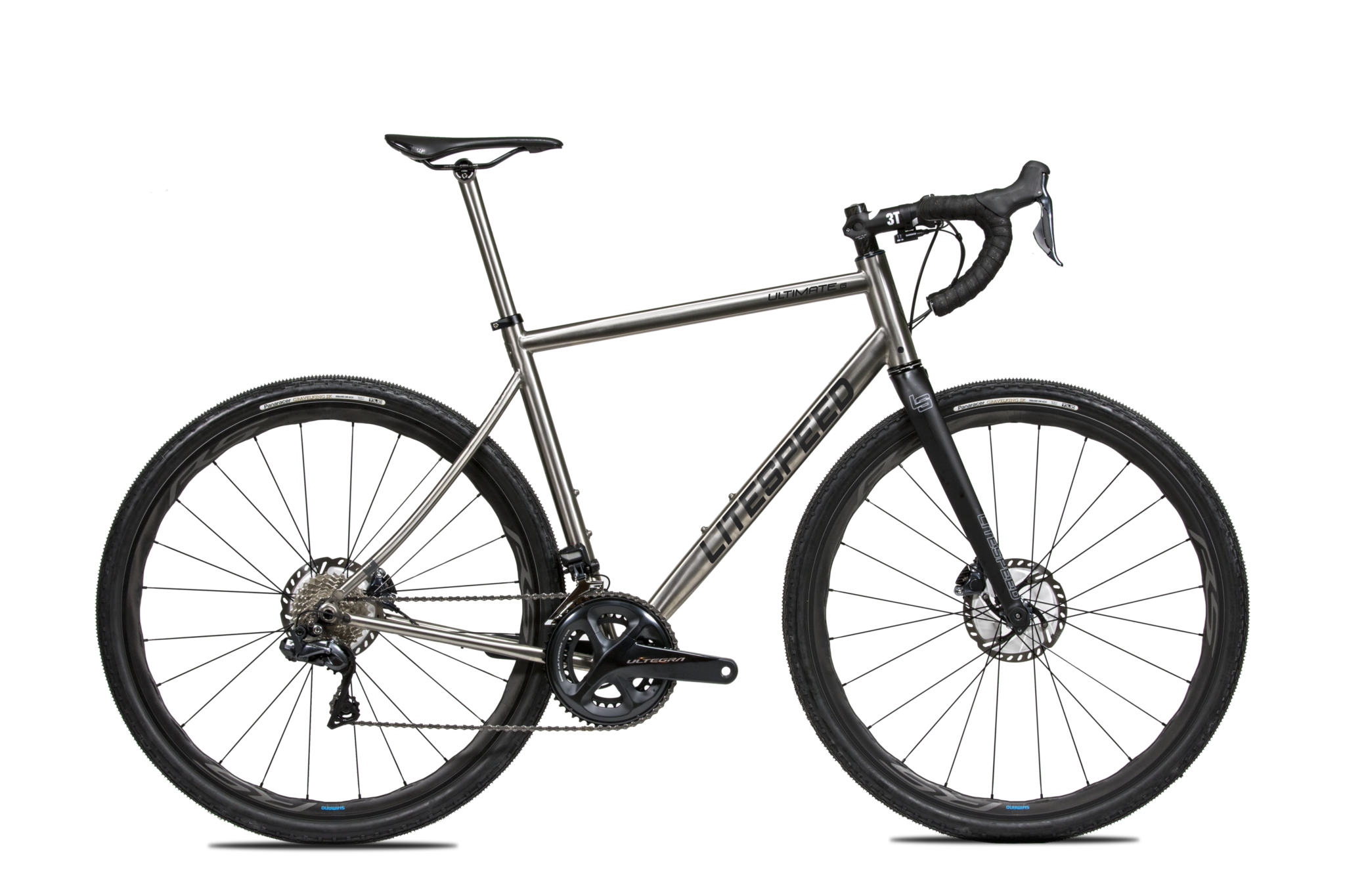 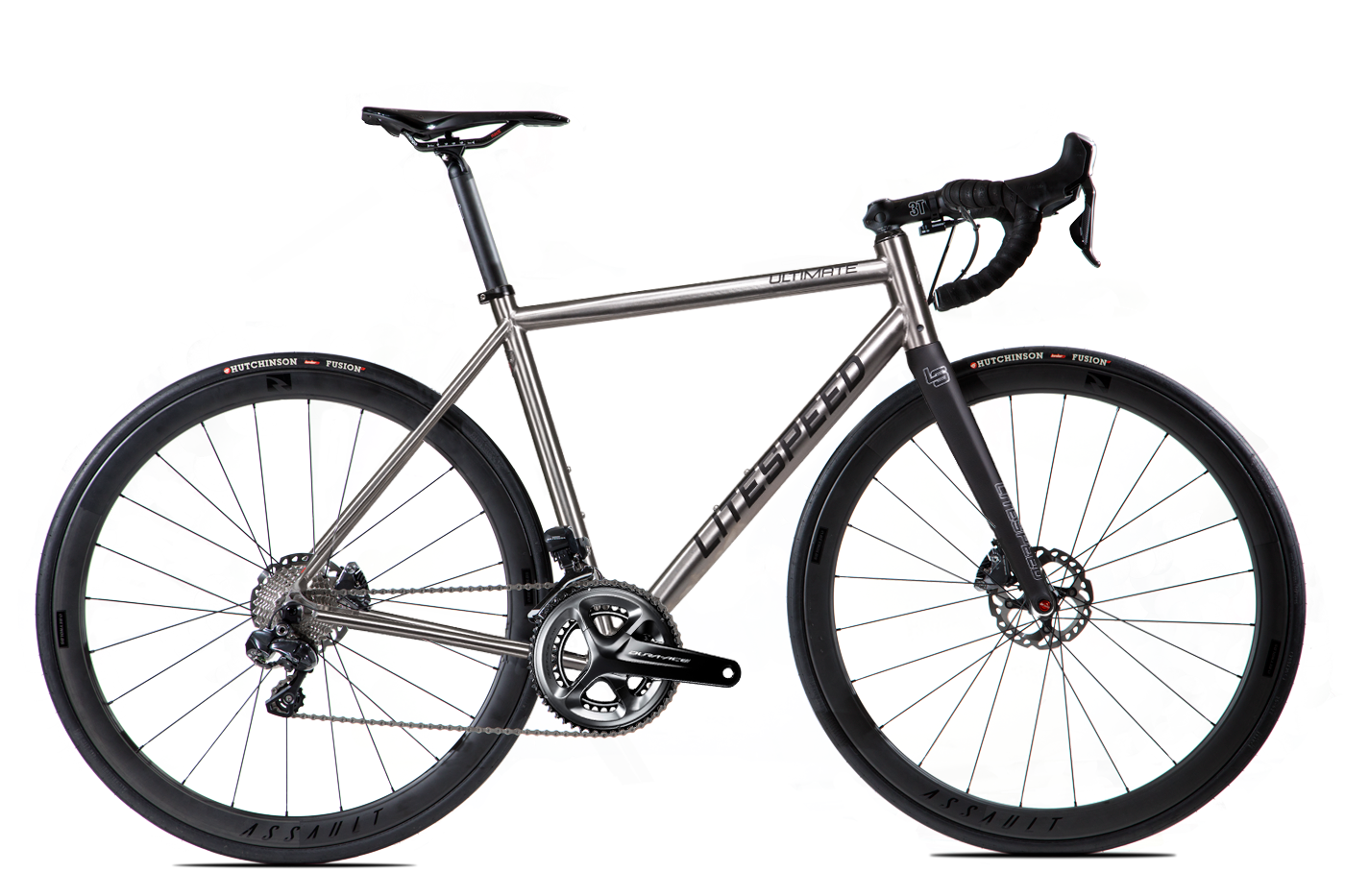 A new breed of titanium road bike awaits. The Litespeed Ultimate was first introduced as Litespeed's premier 3AL/2.5V race bike. A USPRO National Championship, many stage wins and even a World Road Championship were amassed on Litespeed's then flagship Ultimate. For 2019, Litespeed have created a new design so special, it's deserving of the name. Fresh engineering, the latest technology, the Ultimate has massive tyre clearance, wind cheating aerodynamics, and ride quality that will keep you fresh for the final kilometres. Climbing, descending, closing gaps, ferocious sprints, or simply going solo, this bike is designed for it all. Also available in custom paint finishes. 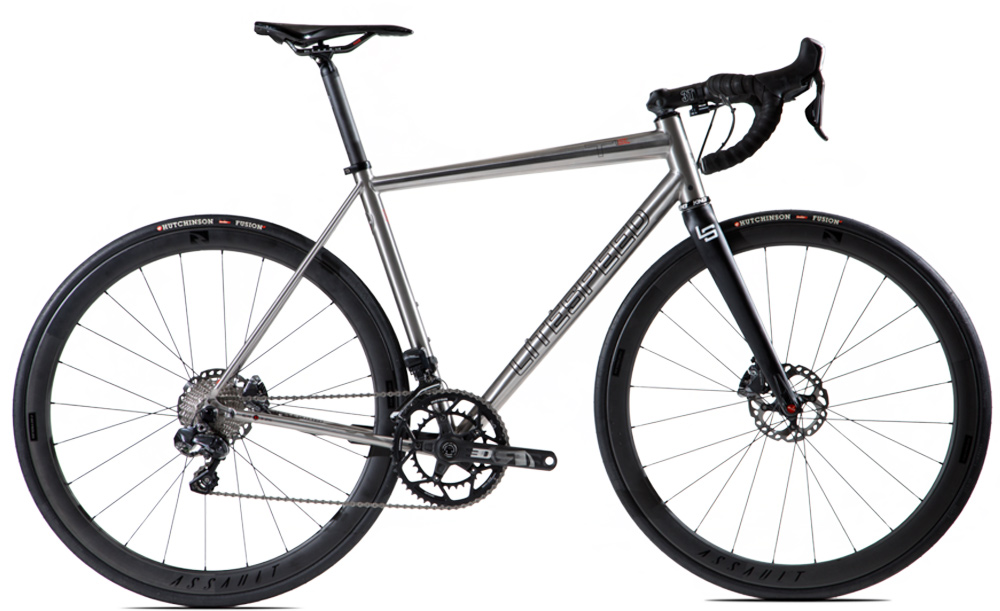 The lightest production titanium frame featuring the highest stiffness-to-weight ratio of any titanium road-bike on the market. Litespeed have applied their 30 years of innovation in manufacturing titanium bicycles and aerospace components to create this high-performance road-bike with a stiffness-to-weight ratio that is unmatched by other titanium bikes. T1sl is a race bike without limits. At 995 grams, it's the lightest production titanium bike available today. If you are looking for the finest, most technologically advanced titanium frame built by hand by passionate experts - this could be it ! Available for disc or rim brake options. 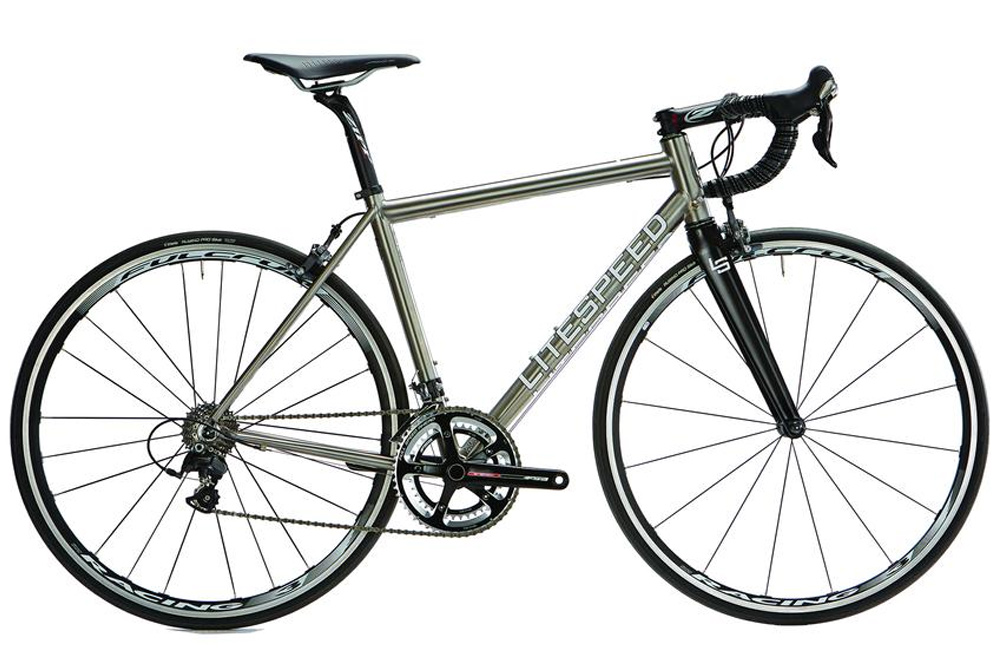 The Litespeed T5 is designed with comfort first and foremost with its Gran Fondo Geometry for Performance & All-Day Comfort. Not too aggressive, not too showy, but far from dull. Stiff enough to respond to the peloton yet maintains the ability to dissipate road vibrations with the addictive ride quality of titanium. The 2018 Litespeed T5 now has a massive 25% as it makes way for the new Litespeed Ultiamate road. Grab a piece of Litespeed history while you can!

We will attempt to match any online or high street price

0% and low interest rates on purchases over £500

10% off everything with new bike purchases